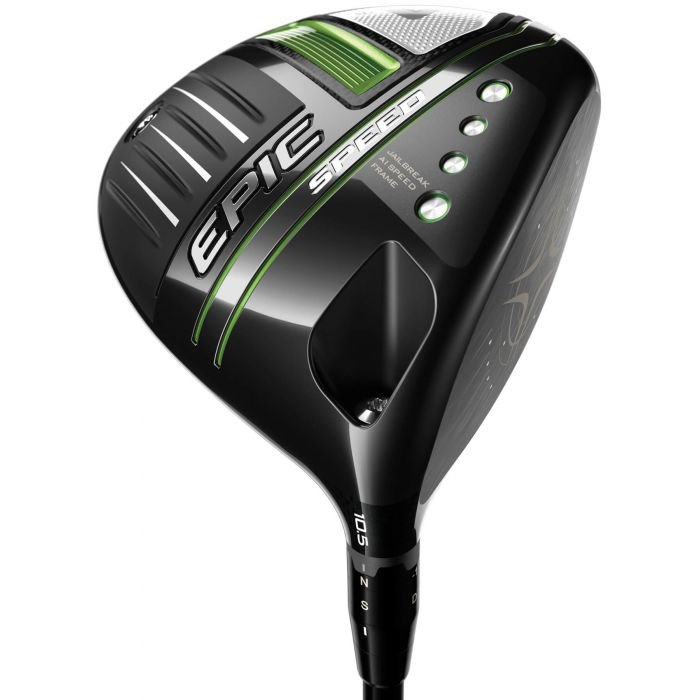 The Callaway Women's Epic Speed Driver is built on the simple, yet profound equation that A.I. + Jailbreak + Callaway's new Speed Frame = more distance for all golfers.

After having maximized the potential of the driver's body, it was time to move on to the face.  Using the guidance of advanced Artificial Intelligence, Callaway crafted a uniquely optimized Flash Face design for each Epic model.  The face's unique design and super strength titanium construction combine to produce optimal ball speed, forgiveness and spin robustness on both center and off center strikes.

Thanks to its advanced composite design, the Women's Epic Speed is forgiving as well.  Callaway's proprietary Triaxial carbon now covers a larger portion of the crown, leading to weight savings of over 18 grams compared to a titanium crown.  This allows Callaway engineers to strategically redistribute weight for enhanced forgiveness versus previous Mavrik designs.