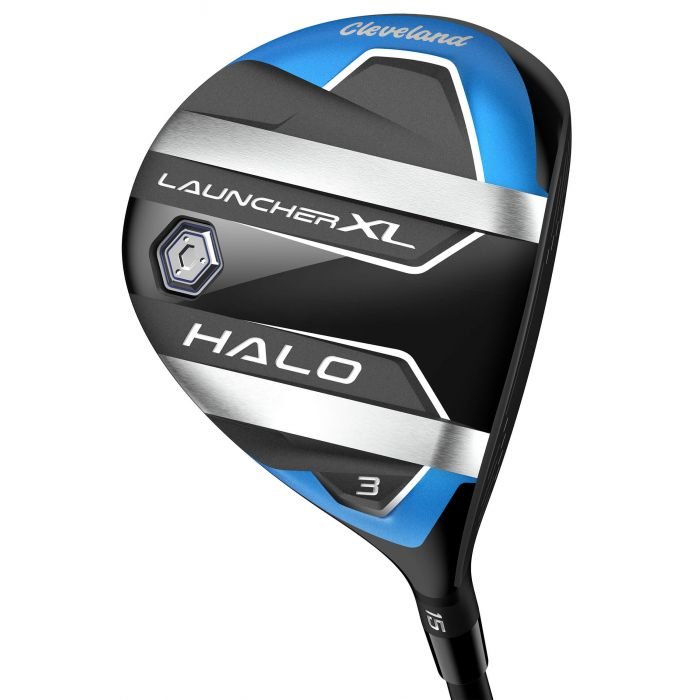 Thanks to a key piece of technology called Rebound Frame, the new Cleveland Launcher XL Halo Fairway Woods are distance monsters. Whereas traditional fairways use a flexible face that compresses and decompresses at impact to propel the ball forward, Rebound Frame adds a second layer of flexibility.  Together, the face and frame work like dual springs, transferring even more energy from the club head to the golf ball.  By refocusing energy that's ordinarily lost, Rebound Frame is faster on every strike, especially center-face impacts.

In terms of golf, MOI refers to an object's resistance to rotation, which is important, because when a club head strikes the ball off-center, it naturally wants to rotate.  Rotation means the club is no longer facing its target, and errant shots will inevitably follow.  In order to help combat misses and increase forgiveness, Cleveland added size to the Launcher XL Halo.  The bigger club head with extreme perimeter boosts MOI to a staggering 3,338g, the highest number Cleveland has ever produced in a fairway wood.  As an added benefit, the weight setup helps you launch the ball extremely high and increase carry distances.