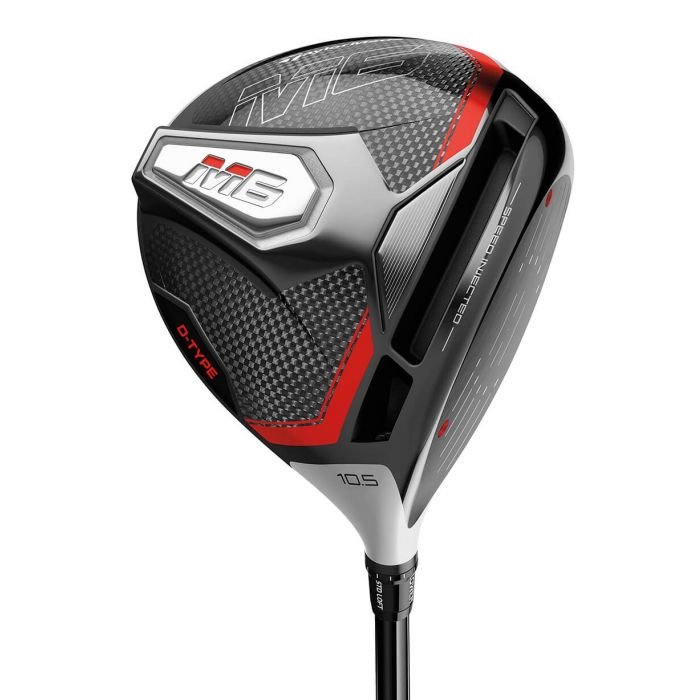 Out of Stock
SKU
TAYM6DRDT

Have you ever purchased a driver after crushing it on the range, only to be disappointed with its performance on the course?  Maybe you were even professionally fit for a driver and still found its performance to be underwhelming. TaylorMade addressed and solved this problem with their all-new M6 D-Type Driver.

The coefficient of restitution (COR) is the measure used in the golf industry to determine how "hot" a clubs face is.  Tour Pros have the luxury of having their clubs tested to ensure that they are on the very boundary of what is legal (known as a "spicy" driver in the industry).  Now everyone can have the luxury of playing with a spicy driver.

TaylorMade crafts the M6 D-Type's face to be thinner and hotter than what is legal, testing it, and then injecting a tuning resin behind the face to fill it so that it meets the .83 COR limit.  The driver is then tested again, and if it meets TaylorMade's standard, they seal the club by inserting two screws near the bottom of the face.

The D-Type differentiates itself from the standard M6 with its draw-biased nature.  The D-Type's two-tone crown cosmetics have been altered to make the face appear more open, resulting in players closing the face at impact and negating the dreaded slice.

Twist Face's revolutionary face curvature moves forward into the M5/M6 driver family.  Even professionals benefit from a club that actively corrects mishits and reduces unwanted spin on off center strikes.

TaylorMade worked hard on the M6 D-Type's aerodynamics and introduced a more sleek design to provide increased club head speed and distance.  TaylorMade used 54% more carbon in the M6 D-Type, allowing them to create an Inertia Generator storing 46g of weight, which can be found low and back on the clubs sole.  The Inertia Generator helps make the M6 extraordinarily forgiving.

The stock shaft offering in the M6 D-Type Driver is the Project X Even Flow Max Carry.  The TM Lamkin Dual Feel is the stock grip. 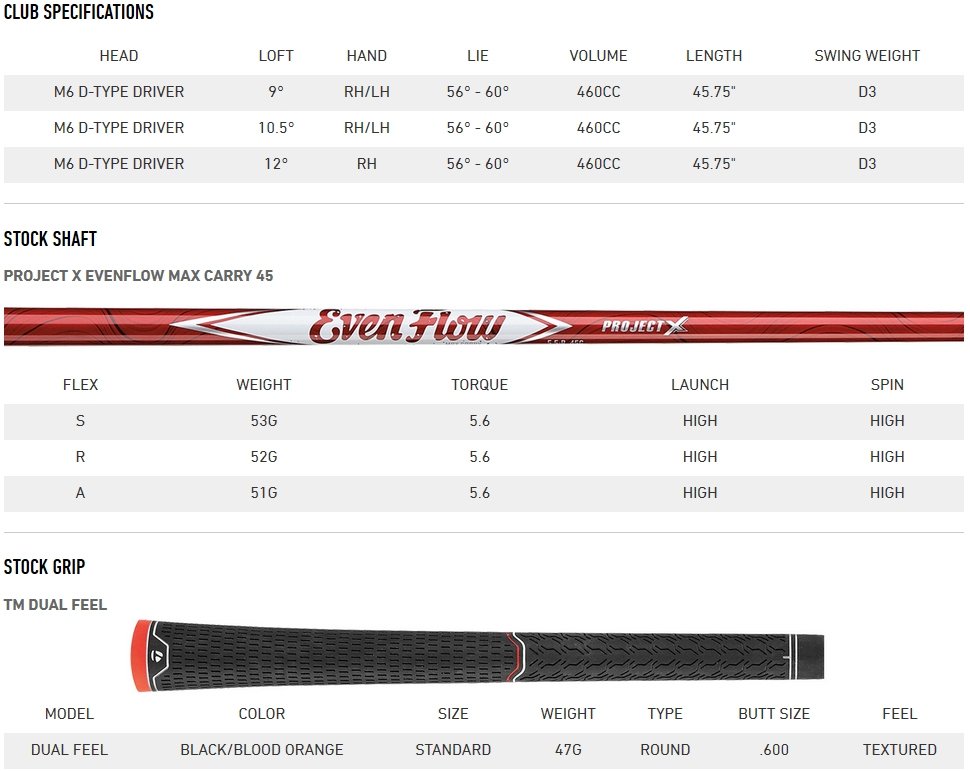