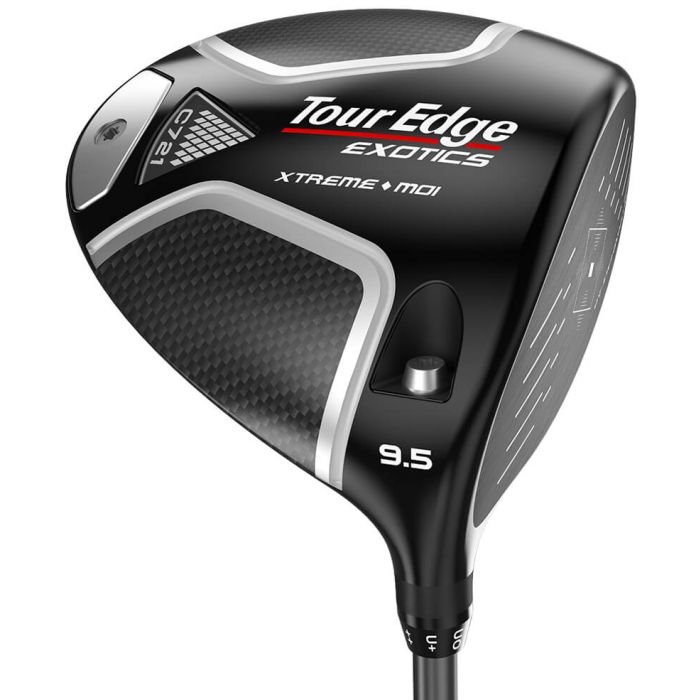 The Tour Edge Exotics C721 Driver is designed with a perfectly located center of gravity and extreme MOI properties to create the most advanced driver Tour Edge has ever produced.  Two technological breakthroughs, known as Ridgeback and Diamond Face 2.0, push performance to stratospheric levels.

Ridgeback Technology consists of a Ridgeback spine within the carbon fiber crown that acts as a brace to generate more power on center strikes.  Additionally, this groundbreaking construction allows for greater face flex in the heel and toe, so even when you miss the sweet spot, the C721 is able to achieve greater ball speed.

Instead of using titanium, Tour Edge surrounds the Ridgeback design with wrap-around carbon wings.  The use of carbon fiber saves considerable weight and leads to an optimal low-back center of gravity that produces extremely high MOI to increase stability at impact.

Diamond Face 2.0 Technology is composed of 43 diamond shapes of variable thickness behind the face.  These unique shapes act as "mini-trampolines", rocketing the ball of the club head for explosive speed, as well as expanding the sweet spot to the outer reaches of the face.

Using robotic and validated player testing, Tour Edge SpeedTests every shaft in the C721 line to find the optimal pairing for every flex.  The stock shaft options include offerings from Fujikura and Project X.