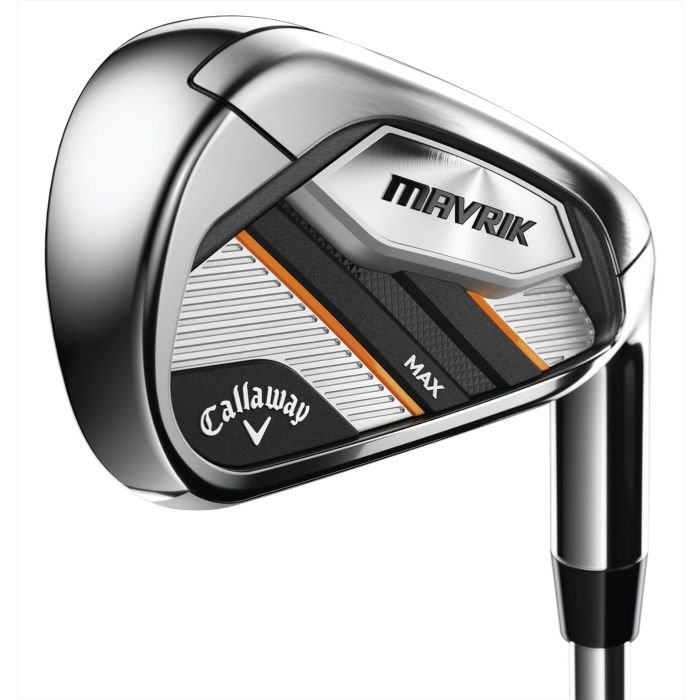 Callaway Mavrik Max Wedges were developed with Callaway's ground breaking A.I. technology and machine learning.  This is the first example of said technology making its way into an iron, and Callaway took it a step further.  Each iron in the set was created with its own sophisticated face architecture, a tactic that's never been seen in the golf industry.  In crafting a specific Flash Face design for each wedge, Callaway was able to boost ball speed and optimize spin for every club in the set.  The short irons and set wedges were engineered for precision and pinpoint shot-making.

Mavrik Max irons are built for total distance, with a larger body and deeper CG for increased forgiveness and a high launch.  Stock shaft options include the KBS Max 80 in steel and the Project X Catalyst in graphite. 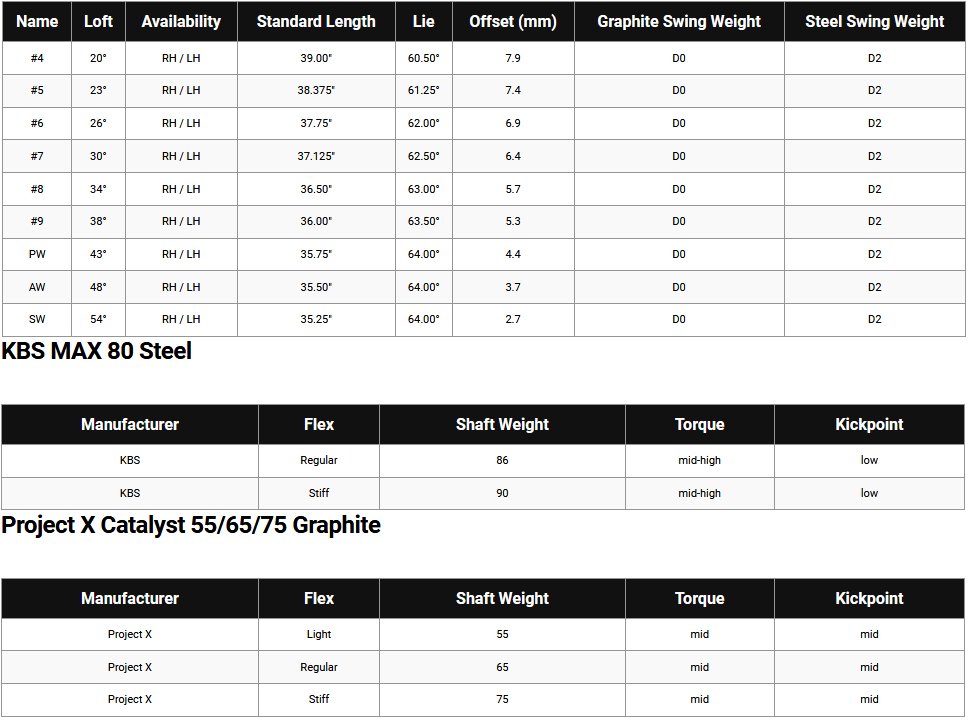