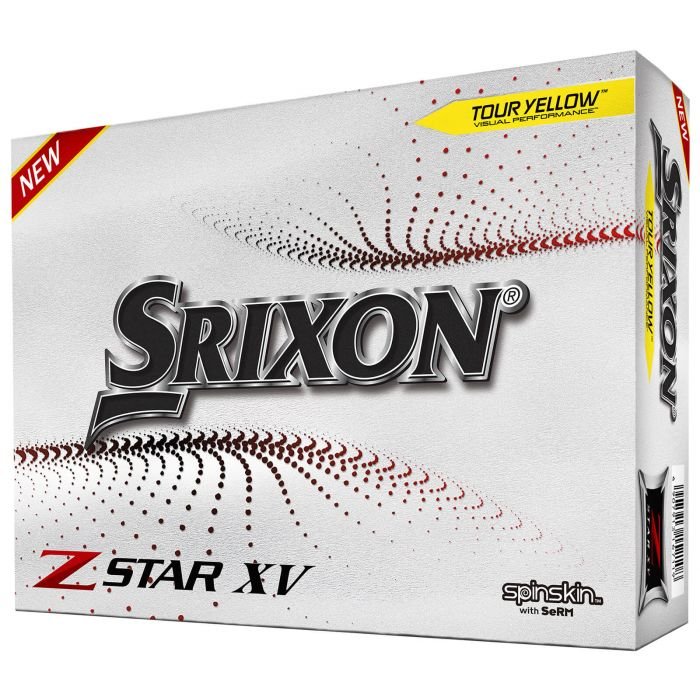 Traditionally, manufacturers are forced to decide between building a golf ball with a hard, fast core, or one with a soft, slow core.  While the fast core provides better performance, it sacrifices feel at impact.  With their FastLayer Core, the new Srixon Z-STAR XV 7 Golf Balls break the mold.  By using a special heat treatment that bakes speed into the outer edges of the core, FastLayer is soft at its center and firm around the edges.  That duality gives you speed and feel, so you can play with confidence and big distance.

Having solved the first portion of the distance equation, Srixon moved onto the ball's aerodynamics.  With their new, deeper dimensions, the Z-Star XV's redesigned 338 Speed Dimples punch through the air for a penetrating launch.  After launch, the dimples generate lift, driving the ball upward and maximizing glide distance during descent.  And when it gets windy, the Speed Dimples' low drag coefficient helps slice through the air, so your ball stays on target and maintains distance in head winds.

When it comes to greenside spin performance, the Z-Star XV excels.  Although it is a challenge to manufacture, Z-Star balls feature an extra thin, thermoplastic urethane cover that delivers unmatched, tour-level stopping power.  For even more spin and control, Srixon adds their Spin Skin coating, which increases friction on chips and pitches.