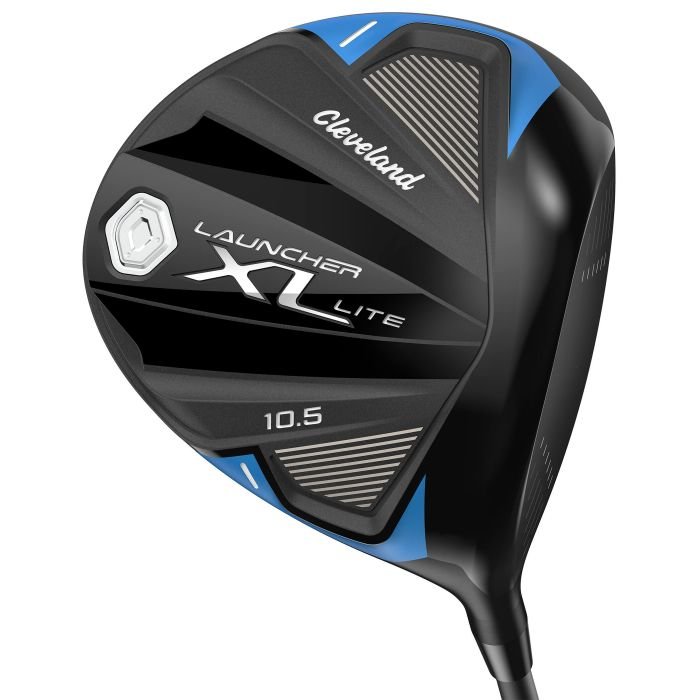 The lightweight Cleveland Launcher XL Lite Driver is designed for players with slow-to-moderate swing speeds, those looking to add speed, as well as people who prefer lightweight clubs in general.  By removing the adjustable hosel and opting for a lightweight shaft, the XL Lite saves 12 grams in comparison to the standard Launcher XL.  This ultra-lightweight design pairs with a longer shaft to increase club head speed and distance.

Thanks to a key piece of technology called Rebound Frame, the new Cleveland Launcher XL Lite Driver is the fastest, longest driver Cleveland has ever produced. Whereas traditional drivers use a flexible face that compresses and decompresses at impact to propel the ball forward, Rebound Frame adds a second layer of flexibility.  Together, the face and frame work like dual springs, transferring even more energy from the club head to the golf ball.  By refocusing energy that's ordinarily lost, Rebound Frame is faster on every strike, especially center-face impacts.  In fact, Cleveland claims that even the most flexible driver face simply cannot transfer as much energy as Rebound Frame's dual Flex Zones.

In terms of golf, MOI refers to an object's resistance to rotation, which is important, because when a club head strikes the ball off-center, it naturally wants to rotate.  Rotation means the club is no longer facing its target, and errant shots will inevitably follow.  In order to help combat misses and increase forgiveness, Cleveland added size to the Launcher XL.  The bigger club head allowed engineers to relocate mass as far from the driver's center as possible. The result is a dramatic increase in stability, and in fact, the Launcher XL boasts an 11% increase in MOI compared to Cleveland's last generation driver.

The final piece of technology powering the Launcher XL Lite isn't found in the club head, but rather the shaft.  Cleveland inserts an 8g weight at the end of the shaft, creating what is known as a "counter balanced" effect, the benefits of which are dynamic.  As you take the club away from address, Action Mass CB weight makes it feel lighter and more controlled.  Added control leads to added stability and a more consistent, repeatable golf swing.  At the beginning of the down swing, Action Mass brings your hands straight down, consequently helping keep your arms close to your body.  This creates a better plane that avoids the dreaded casting motion commonly referred to as an "over the top" swing, ultimately resulting in a squarer club face and straighter shots.