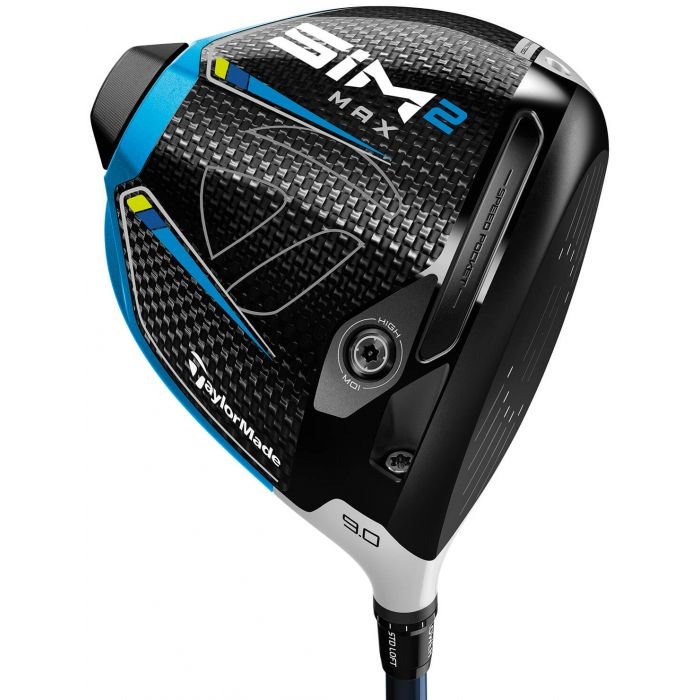 The key piece of technology behind the new TaylorMade SIM2 Max Driver is its forged ring construction, which unlocks a new dimension in distance and forgiveness.  Constructed from lightweight, high strength aluminum and milled to an exacting shape, the ring (found in the rear of the club) unites a massive rear weight, full carbon sole, carbon crown and a new milled back cup face.  By uniting all of the components in the head, TaylorMade was able to create an exceptionally stable and forgiving driver.

TaylorMade's Speed Injected Technology moves forward with the SIM2 Max Driver, providing all golfers with the hottest face possible.  TaylorMade crafts the driver's face to be thinner and hotter than what is legal, tests it, and then injects a tuning resin behind the face to fill it so that it meets the .83 COR limit.  The driver is then tested again, and if it meets TaylorMade's standard, they seal the club by inserting two screws near the bottom of the face.

Also returning is Twist Face's revolutionary face curvature, which uses corrective face angles to help fight the ball's tendencies on mis-hits and keep you in the fairway.