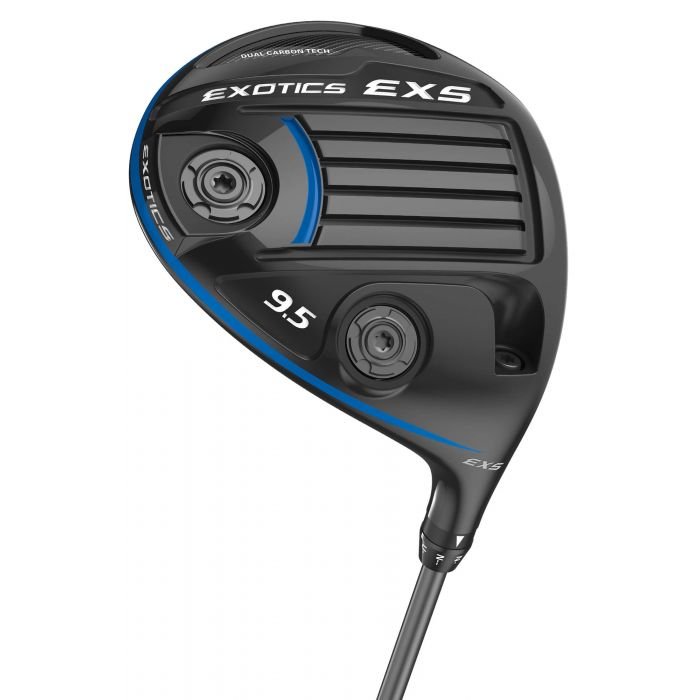 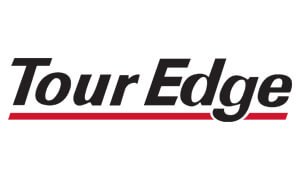 Out of Stock
SKU
TEDEXSDR 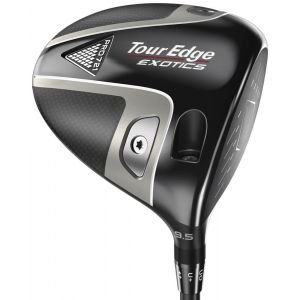 The Tour Edge Exotics EXS Driver offers all the modern technology and adjustability you could ever ask for, but at a nearly unbeatable price point.

The EXS Driver has a 460cc head, featuring a TSP 910 Beta Titanium face plate with Variable Face Thickness Technology and a 8-1-1 titanium chassis.  The titanium face has been made even thinner and lighter to produce a greater spring-like effect for head-turning ball speed.

Tour Edge's engineers created an exceptionally light carbon fiber crown, with additional carbon fiber located on the toe of the club head, allowing weight to be strategically positioned lower and deeper in the head for optimal spin and extremely high MOI.  Dual Carbon Fiber Technology also helped the engineers improve the acoustics of the driver.

New RollFace Technology incorporates a modified bulgge and roll on the toe to create straighter shots hit off the toe, which is where the majority of miss-hits occur with a driver.  RollFace works in conjunction with the sweet-spot enhancing Variable Face Thickness Technology, making the EXS Driver more forgiving than anything Tour Edge has previously produced.

The all new Flight Tuning System has interchangeable weights in the sole, allowing you to lock in the perfect ball flight.  The first setting produces lower spin, a slice reducing shape and a medium launch.  The second setting produces medium spin, a neutral shot shape and a higher launch.  The EXS' loft can be adjusted 2° up or 2° down and has 3 upright lie angle settings to choose from.

More sloping in the crown and a wider speed channel in the sole have greatly improved the EXS Driver's aerodynamics.  The result is less drag and more club head speed.